The Irish Group of VIVAT International, which comprises members of six missionary groups, were interested to learn that VIVAT International was to celebrate its 20th anniversary in November of 2020.  The question arose for us, how could we mark the occasion?

The first option that occurred to us was to have an exhibition, in the city centre of Dublin, under the Portico of Westland Row church, located beside Trinity College and a busy railway station.  We had envisioned mounting a display about the work for JPIC being carried out by our various Congregations around the world.  With a view to arranging this, Carmen SSpS and Liam SVD decided to visit and examine the facility.  Having done so, they quickly noted that the people passing by were doing so without casting a glance towards the space that we had in mind.  We reported this fact to our group and discussed out options and ideas a bit more.  We eventually came to the decision to drop that idea.

Now we had to find another option.  We really did not want our anniversary to pass unobserved in Ireland.  So, putting our 7 heads together (while remaining socially distant!!) and brainstorming a bit we came up with the suggestion of doing a Zoom seminar about VIVAT International.  This quickly energized the group and everybody got involved.

Our aim now was to bring an awareness of the work of VIVAT to as many people as possible.  We wanted people to know about VIVAT International and about the work being carried out by our members around the world and in Ireland too.

It was really interesting putting the program together.  We had to think, what did we want to say?;  How did we want to show it?; What images could we use? and so on.  So we ended up with greetings, prayers, a Gospel reading, slides explaining and demonstrating the work that VIVAT does in different countries, such as Indonesia, Argentina, Ireland, and India.  Having prepared the programme and allocated the parts to the members we were confronted with the big issue of how to best operate the ZOOM  itself.  At this point, we were blessed to receive the assistance of the CSSp provincial and some of his staff who helped to facilitate our presentation.

On the day itself, it was exciting to see people joining us from all over the world.  Among them were the President of VIVAT International in Rome and representatives from the NY & Geneva VIVAT International offices. Their presence and the remarks of many afterwards, encouraged us enormously.

What surprised our group was how much work had to be put into the project!  It was as time consuming and engaging as producing our Booklets had been in the past.  It was also a wonderful learning experience for each one of us.  So much so, that at our first meeting of 2021, we decided that we would follow up with another Zoom meeting in November of this year at the time of the anniversary. 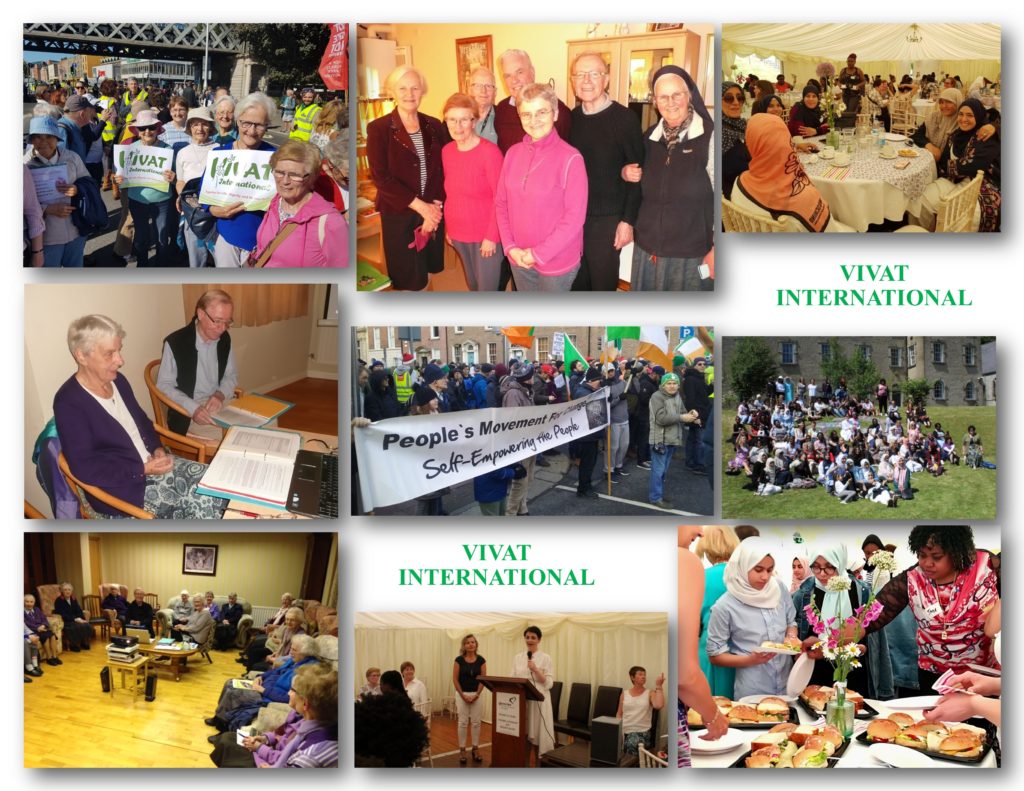 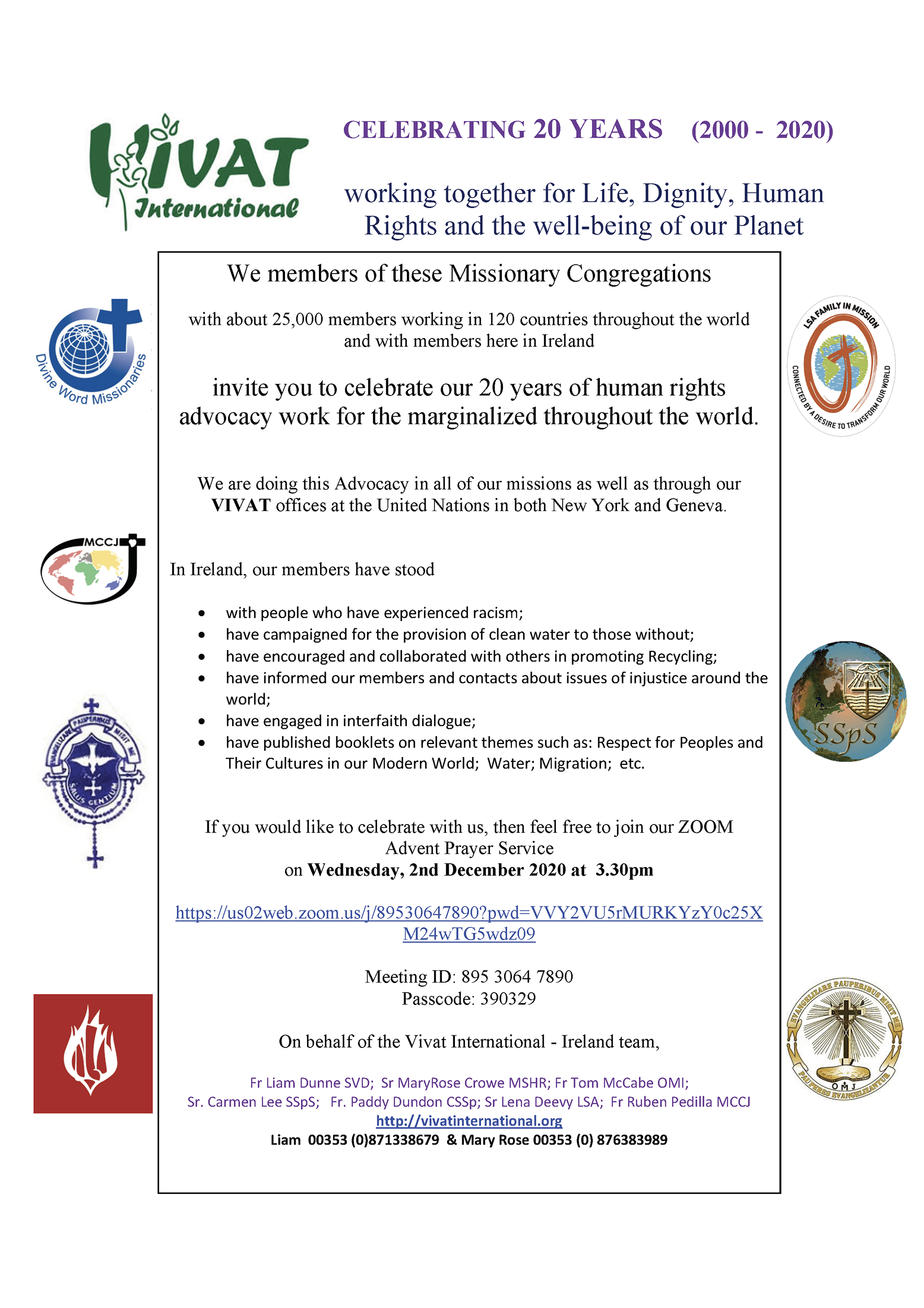