An Indian and has been a Lawyer since 2007.  Having experience in Corporate law, she has recently found her passion in family law.  She is currently associated with an NGO called Streevani, that works towards the upliftment and empowerment of women.

As the world was held hostage to a tiny virulent and fast-spreading virus, Covid-19, various countries clamped down and imposed a lockdown in an effort to stem the growing surge of the virus.  The impact of this crisis has affected a broad range of human rights, including the ability of people to access justice in a timely, fair, and effective manner. The year also brought to the fore many issues in India, and the government and the judiciary’s handling of them. One such issue was that of Domestic violence which as per the complaints received by the National Commission for Women has doubled during the pandemic. Economic insecurity, financial instability, and isolation are some of the factors that contribute to making domestic violence even more prevalent. In such a backdrop, it is imperative to understand domestic violence and steps taken by the government to facilitate access to justice for the same.

The series of COVID-19 lockdowns in India diminished the opportunities of reporting of domestic violence cases and here’s why:

Why Do Conflicts and Violence Increase during the Pandemic?

Violence in home situations is likely to increase for several reasons – living with families in close confined spaces during the lockdowns can lead to conflicts as people are denied other ways of overcoming stress or boredom. Economic vulnerability during the pandemics causes livelihood issues such as job losses, prolonged unemployment, reduced income, debts, and food insecurity. The perpetrators and victims are in close contact round the clock which when coupled with social isolation could reinforce violence.

In addition, there is also a lack of availability of health services. Given the severity of the pandemic, frontline health workers were called upon to do other COVID-19-related work. Women may have also avoided seeking health services for their physical abuse and injuries, for fear of possible COVID-19 infection. During lockdowns, it is very difficult for such victims to speak on their phones without raising suspicion.

Special resources, best practices and measures that have been introduced to tackle domestic violence during lockdown by the government

The National Commission for Women has launched a special WhatsApp helpline number, which acted as an exclusive helpline for domestic violence complaints during the period of lockdown. This was in addition to the emails, online complaints links, and other helpline numbers which are already functioning.

Access to justice along with free and fair trial is rudimentary for all people. The pandemic had disrupted this procedure which is why the Supreme Court instructed all Courts to establish the required IT infrastructure and directed court proceedings through video conferencing and e-filing across the country so as not to affect the efficient delivery of justice.

As the steps to contain the transmission of the virus might require more stretches of isolation and confinement for the public, the government all around the globe, need to address the upsurge in domestic violence immediately. In this context:

The legal team at Streevani, who work for the upliftment and empowerment of women and children were deeply concerned about their situation during the pandemic. To reach out to women in crisis situations our lawyers enrolled in the Helpline for attending Domestic violence cases daily. Some calls were distress calls; some wanted to settle family problems that had been pending for a while, some were harassed by the land lords since they were unable to pay the rent. One of the unique cases that we are dealing with is of a minor girl who was molested by her father. The man was in the jail but due to increase in the number of Covid patients among the inmates, the jail authorities released him for a temporary period.  The mother and daughter were terrified to live with him in the same one room house. However, through the intervention of Streevani, the assistance of the police was sought and the father was made to find alternative accommodation for himself. When we receive distress calls and are incapable of providing immediate assistance, the women are advised to immediately call on police helplines for instant intervention or are given proper instructions on how to file complaints at the nearby police station.

The COVID-19 pandemic has already shown its destructive footprints all over the world. On one hand, the entire world is struggling with COVID-19 and on the other hand, a group of inhumane people are destroying the physical as well as mental health of their loved ones. While the nationwide restrictions have been relaxed, various state and district level lockdowns are invoked every now and then, allowing the shadow pandemic of domestic violence to sprout alongside. It must also be noted that while the risk of this pandemic will be over and the lockdown will be lifted, the scars of the violence would be permanent for the affected individual.  Not only the government and law enforcement agencies but also the non‐governmental organisations and the general public must come together to create conditions in which reaching out for help is made easy and we should help these abused women and children look forward to a future with hope and not despair, cause being a victim was not their choice but becoming a survivor is. 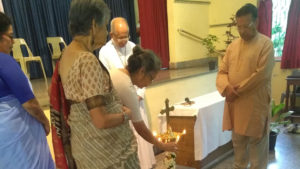 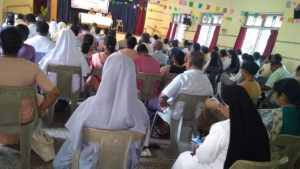 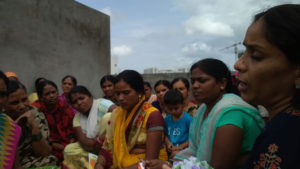 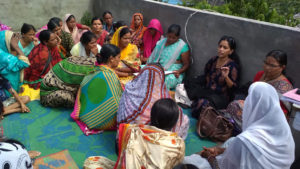 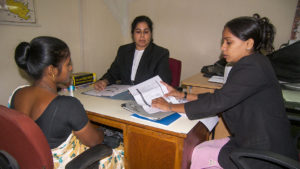 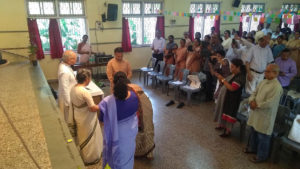