An Indonesian member of the Congregation of the Missionary Sisters of the Servants of the Holy Spirit. Since 1997 she has been Director of Volunteers for Humanity, an organization in Maumere Flores, and has dedicated her life to empowering women and girls and fighting for their rights. She is an active partner of the National Commission on Violence Against Women, a member of East Indonesia Women Network and assists victims of domestic violence and trafficking in persons.

Volunteers for Humanitarian, Flores (hereafter called TRUK-F) was established in 1997 by Holy Spirit Sisters (SSpS) and the Society of the Divine Word (SVD) in Flores, East Indonesia. From the beginning of its existence, TRUK-F has committed to addressing issues of human rights, violence against women and children in particular.

TRUK-F works at the grassroots and the national level to empower women and girls and address domestic violence in Indonesia, and especially in the East Nusa Tenggara Province. From 2000 to 2020, TRUK-F has addressed 2,524 (two thousand five hundred twenty-four) cases of violence against women and children consisting of 1.074 (one thousand seventy-four) Adult Women and 1.087 (one thousand eighty-seven) Children.

In responding to domestic violence, we take four strategic actions. These include preventive action, victims’ assistance, policy advocacy, and partnership.

First, preventive actions through conducting public education and economic empowerment. The domestic violence in East Nusa Tenggara is driven by several factors, among others: extreme poverty, low education, discriminatory culture against women, and alcoholic matter. Addressing those problems, TRUK-F has taken two strategic actions. One is promoting public education through holding Focus Group discussions, seminars, training, and workshops. We also disseminate information to people and communities through local radios, newspapers, billboards, and using social media like FB and Twitter. This effort aims at providing information as much as possible to educate people in communities, villages, and schools about Human Rights, women’s and children’s rights, gender equality, and national legislation for protecting the rights of women and children.  We also strengthen the economy and generate income for the survivors and their families through skill training on weaving, baking, sewing, and procurement of vegetable seeds.

Secondly, Victims Assistance. TRUK-F serves victims’ complaints and assists them in getting access to health services, social rehabilitation, legal assistance; we also help those returning home and reintegration into their communities.  We listen to their complaints, provide a Safe House for them and assist them in accessing health recovery; we also provide counseling, spiritual assistance through prayer and reflection,  offer legal assistance, and bring them back to their families. TRUK-F receives complaints from the victims average of 90 people per year.

Thirdly, Policy Advocacy. TRUK-F encourages the local government to set up policies in protecting and fulfilling the rights of those suffering from violence.  Two legislations have been successfully approved in the East Nusa Tenggara (NTT) Province. The Sikka parliament has approved two district regulations. The first regulation deals with the implementation of Protection for Women and Children. The other one deals with the prevention of trafficking in persons. Since 2016, TRUK-F, alongside the Indonesian National Commission on Violence Against Women and other civil society organizations has been issuing a national Bill on the Elimination of Sexual Violence. We urge the Indonesian parliament to pass the bill.

Finally, Partnership. We do advocacy and assist the victims in partnering with other stakeholders, including religious leaders, community leaders, NGOs, Legal Aids Agencies, Public Schools, Universities, Local Governments, and the officers of Law Enforcement.

Partnership with the Local Government

The local governments are one of the key partners for TRUK F  in efforts to prevent and address domestic violence in East Nusa Tenggara Province.

We do a partnership with public institutions in promoting and fighting for the rights of women and children and addressing domestic violence for several reasons. First, the Indonesian Constitution mandates the state/government, including the local governments, to protect, respect, fulfill and promote the rights of its citizens. Furthermore, the state has many instruments to conduct law enforcement, including punishment and a deterrent effect on criminals.

TRUK-F and the local Government in Sikka Regency have signed a Memorandum of Understanding concerning the integrated services for victims of domestic violence. Since 2016, TRUK F has received a small amount of funding assistance from the Local Government of some $ 5,000 US dollars average per year.

TRUK-F has collaborated with the Sikka district government  to implement some programs in addressing domestic violence as follows;

Some lessons we have learned from our partnership with the local governments in East Nusa Tenggara are the following; 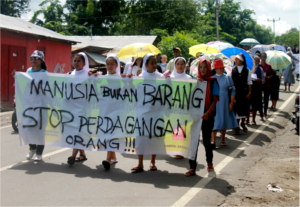 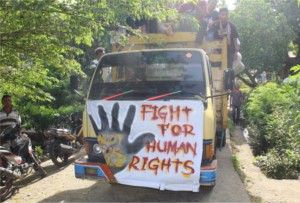 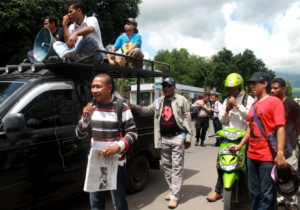 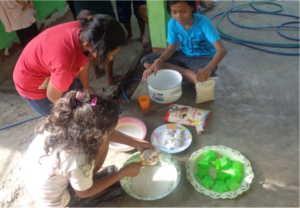 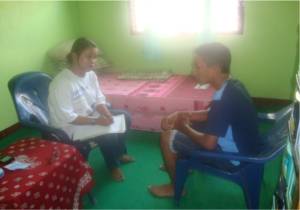 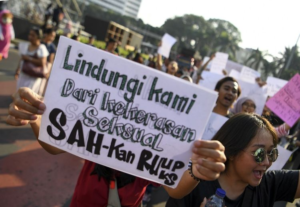 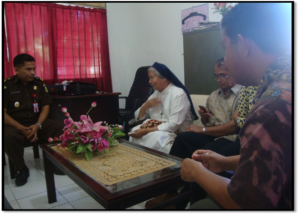